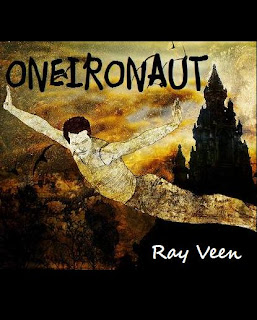 Conner has cerebral palsy, epilepsy, and a whole basket-full of paranoid delusions, but one thing he can do better than anyone else -- is dream. When he sleeps he has dreams like no other. Lucid dreams. Powerful dreams. Dreams of flying and strength and victory.

When he volunteers for an experiment to bridge human subconsciousness through REM sleep, he and the other test subjects discover that there are certain objects in the dreamworld that can be taken hold of, and brought into the physical world. Strange and powerful objects. Objects that defy reality. Conner seems to be the only person that can carry the artifacts, but he soon learns that he is not the only person seeking them.

An eldritch, shapeshifting spirit pursues the artifacts as well, a spirit of hunger, who kills with joyous abandon.

In the dream world -- and in real life.


Conner sighed, slid over into the driver’s seat, and began drumming his fingers on the steering wheel. How long had Scotty been gone? Thirty seconds? So okay, not long enough to hotwire a motorcycle and drive it back. Something heavy landed in the seat beside him, and Conner yelped.

It was a body – a person. It was Scotty. And he was laughing.

“Why so jumpy, Peabody?”

Conner reached over and punched him in the shoulder. Hard. Scotty was still laughing.

“That is so not funny, man – you scared the absolute crap out of me. Aren’t you supposed to be stealing a motorcycle?”

Scotty shrugged. “I couldn’t get to the bikes. There were some dudes hanging around.”

Conner felt vaguely irritated, and decided that, since he was the one behind the wheel, he’d just go ahead and take a turn driving. Maybe he’d take a couple sharp corners and see how much Scotty liked being almost thrown out on his face. He turned the key, the electric motor fired right up, and Conner guided the golf cart in a tight little circle. Then he drove through the clear plastic slats hanging over the opening of the shipping door, and entered the darkened street.

“Then it’s the safest way, bro. They’re not gonna turn around and check the same street they just drove down.”

Conner felt like there was a flaw in the logic there somewhere, but Scotty’s instincts had gotten them this far. He made the left turn, and did so with only the slightest of scowls.

As they were cruising down the abandoned street, Scott asked, “So have you decided where you want to go when we get away?”

The question seemed odd. Conner gave him a strange look. “I thought you had everything worked out?”

“Of course I do.” Scott said, grinning. “But you know what I mean – afterwards – we going to your house and talking to your dad, or what?”

“Well, it’s a four hour drive, but yeah, that’s all I can think of to do. Once he sees the artifacts, there’s no way he’ll be able to doubt my story.”

Scotty got a strange, worried look on his face.

“And the artifacts – they’re still in your backpack, right?”

Conner glanced over at him. And actually felt irritated.

Scotty’d had it when he’d gotten out of the golf-cart. Conner assumed he’d needed it for ‘motorcycle-hotwiring-tools’ or something. He hadn’t noticed until now – Scotty hadn’t come back with it.

The big Indian slapped his forehead and groaned.

“How could I be so stupid? I set it down in that building – we have to go back for it!”

Conner immediately slowed down and started turning, feeling more than a little irritated with his friend. After all they’d gone through to get those artifacts, Scotty’d simply sat them down and forgotten about them? The stupidity of it almost defied explanation. Conner decided not to say anything for now, but if Scott did anything else that irresponsible, he’d probably have to beat him to death with his crutches.

They turned around and were just starting to pick up speed in the other direction, when Scott put a hand on Conner’s arm. “Wait a minute… slow down… no, back up…”

He was looking off into some kind of scrap-yard to their right. Conner had no idea what he was seeing, but he slowed down anyway.

“There’s a car parked back there.” Scott turned and gave Conner his lop-sided, gap-toothed grin. “I think it’s an old Camaro.”

And without saying anything else, he hopped out of the golf cart, and began running towards the scrap-yard. Conner immediately felt the tension of being alone again, even though Scotty was still visible, slipping through a gap in the chain link fence and sneaking through the darkness behind a pile of scrap metal.

A moment later, a single headlight turned a corner up ahead. It’s light hit Conner full in the face.

Conner immediately tensed up. What the hell was he supposed to do now? Scotty was sixty yards away, he probably couldn’t even see the headlight. Should he just drive into the scrap-yard, pick him up, and get the heck out of there? The vehicle coming towards him was obviously a motorcycle, and Conner assumed it was coming from the bar. Probably one of the bikers Scotty’d said he’d seen hanging around outside. The guy might think it was strange to see a teenage kid in a golf cart idling by the side of the road at this time of the night, but he’d have no reason to stop. He’d probably been drinking in the bar too. With any luck, the dude would be in too much of a hurry to care.

Conner took a deep, steadying breath, and decided to wait it out. He couldn’t see Scotty in the scrap-yard anymore, but everything was probably okay. Probably.

And then the motorcycle started slowing down.

Why would he slow down? Is he just going to yell at me to get home, or is he going to try to rob me or something?

Conner thought the $200 dollars in his wallet and got even more worried. They needed that money to get out of town. The motorcycle’s engine was fairly loud now, shifting down to a lower gear as it slowed, and Conner got an even worse thought – what if Dr. McCoy actually made good on his threat and called the police? What if this was one of those biker cops right now, coming to arrest him for assault, and vandalism, and robbery?

Conner’s hands gripped the steering wheel and his ankle twitched, ready to mash down on the accelerator once he got a look at the guy – like the golf cart could ever actually outrun a motorcycle.

Then the bike pulled up next to him, and Conner saw the rider.

He couldn’t finish. He’d just seen Scott Crowe run into the scrap-yard – the guy on the bike couldn’t possibly be him.

The big Indian grinned as he put down the kickstand, then called over to him.

“What the heck, bro? You were supposed to wait for me in the building. I was afraid the guards came back and chased you off.”

He swung his leg off the bike and took two steps towards the golf cart. Conner scooted across the seat and raised one of his crutches threateningly.

“You stay the hell away from me.”

“Dude. What’s wrong with you?”

“Don’t you come near me! You’re not Scott Crowe! You’re an imposter!”

“What? No I’m not…” And then a look of understanding filled his features. “Oh, wait… is this the broken switch thing in your brain?”

“No. No way. It’s not my Fregoli’s. You’re just not Scott Crowe and I know that for a fact!” Conner could hear his own voice, how shaky it was, how paranoid it sounded. But it didn’t matter. He was absolutely right this time. He’d seen it with his own eyes.

The pretend Scott stepped back from the golf cart and raised his hands in surrender. “Okay, Conner. Take it easy. I’m not trying to freak you out or anything. You want me to call you names or something? Make fun of your crutches? Would that help?”

Conner kept his crutch pointed at him, and forced his voice.

“No. I want you to get back on your motorcycle and get the hell out of here.”