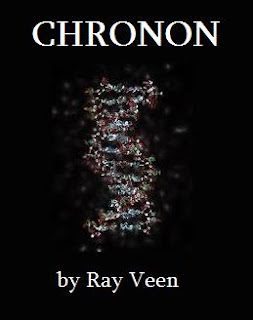 Nathaniel is a hundred-million dollar research project, but he has no clue.  He believes he’s just an average sixteen-year-old with below-average grades, until he finds himself trapped between warring weapons-research corporations.  When he realizes he can use his cell-phone to make objects vanish and re-appear with a simple text, things go beyond strange.  Nathaniel begins to question who he is, where he came from, and more importantly – who’s behind the creepy texts?

That was our way out. It had to be.

The problem was, the closer we got to the lobby, the more voices we heard. Angry voices. We slowed down and hugged the left wall. We even started crouching instinctively. Not real sure why.

Pretty soon, we could see where the voices were coming from. There was a big round security desk in the middle of the lobby and about ten guards moving around behind it. Some were talking in radios, others seemed to be sitting down watching security monitors, but one thing was absolutely clear – they were all looking for us.

At that point, all they’d really have to do was look away from their monitors for a second. Because Lucas and I were basically in the wide open. The corridor came out kind of behind the desk, but the walls were all glass. There was nothing to hide behind except a big potted plant, so of course, Lucas and I darted straight to it and ducked down.

He watched with a curled lip as I dug out my phone.

ME: we’re trapped in the lobby, what do we do?

About five seconds after I pressed ‘send’, I realized that the reply would come with a clear and cheerful little ringing noise. I fumbled with it, trying to put it in silent mode, but I was too late.

Lucas and I held our breath and listened. The noise behind the security noise hadn’t seemed to change. I gathered up the courage to peek around the planter, and saw that none of them were even looking in our direction. They didn’t seem to have heard the ping.

When I turned back, Lucas was shaking his head and giving me a disappointed look.

I ignored him and checked the text message.

SULWIG: Dig in the plant. I’ve left you some more magic.

I felt myself frown when I saw it. Lucas leaned in and glanced at the screen.

“Yeah… wonder what it means?”

“It means ‘dig in the plant’. Obviously.”

“Yes, Luc. I understand English. I’m just wondering why he wants us to dig in the plant.”

With an irritated scowl, Lucas rose a little bit and snaked his arm over the top of the planter. I could tell by the way his arm was moving, and by the occasional little grunt, that he was, in fact, ‘digging in the plant’.

“Not yet. It’s a fake plant and the soil is some kind of matted fibers or something.”

“You getting through it okay?”

He twisted his face to the side, strained his arm a little bit more, then came back down holding something in his hand.

Whatever the thing was, Lucas handed it straight over. I was surprised to see an object the size and shape of a can of shaving cream. Unlike shaving cream, however, it was painted olive-drab green, and was about four times heavier. It also had a ring in the top, stuck through a short metal handle.

“Shhh!” Lucas whispered. “Keep your voice down. Geez, Than!”

“But it’s a grenade.” I whispered. Which really should have explained everything.

“Yes I know it’s a grenade. You gonna throw it or what?”

“Let me see that thing.”

He snatched it right out of my hands, and without hesitation, he stuck a finger through the ring, and rose into a crouch.

“Wait, you’re really gonna throw it? At those guys?”

And with that, he leapt up, pulled the pin, and whipped the grenade high across the lobby.

I heard it land with a “ka-chunk”. Then I heard men screaming. Then I heard a loud hiss like someone opening up with a fire extinguisher.

Lucas was still half-standing, so he could see what was going on.

“Let’s go.” He said, and took off around the planter.

I scrambled to my feet to follow him, and an instant later, I could see what was happening behind the security desk. It was engulfed in smoke, but not fire smoke – pink smoke. Thick, roiling masses of it, billowing up towards the ceiling and rolling over the counter like an out-of-control, cotton-candy monster. The men behind it were completely obscured. I could hear them shouting, and scrambling around, and bumping into each other.

Lucas and I made straight for the revolving door in the front of the lobby, but then one sound, one shout, rose above all the confusion.

“There they go! Heading for the door!”

“Close in on the entrance!” Another voice hollered.

And then we heard the unmistakable sound of men clambering over the desk. They were climbing right over it and coming at us. They hadn’t appeared from the pink cloud yet, but I knew it was going to be close. The exit was still fifty feet away.

From inside the smoke, the men were still shouting and clambering, and I could still pick out that one, commanding voice.

“Perez, what’s the status on that door?”

“Turned off and locked, sir!”

Then the guards started materializing from the wall of pink smoke, a half dozen of them, popping out and coming at us at a dead run. They looked like linebackers intent on smearing some poor schmuck of a quarterback. Linebackers with guns. Because yeah, they had the bulky pistol things too. The instant they saw us, they started pointing them at us and pulling on their triggers, but again, ‘clik-clik-clik-clik’.

So I kept running.

There was nowhere else to go and nothing left to do. All we could do was flat out sprint for the door, and hope that the Perez-guy had made a mistake. Lucas got there first, and I almost couldn’t believe it when he stepped into the open section, pushed on the door, and it started turning. I knew even before I got there; this was no mistake.

Once again, we had Sulwig to thank.