Plowed my driveway today, hopefully for the last time this season.  I haven't mentioned my plow on this blog before, because basically, last time I blogged, I didn't own one.  And now I do.  Want to know why?  Because Winter 2014 kicked my ass so hard.

Let us enter the way-back machine, and picture, if you will...

One-hundred and thirty inches of snow.  Polar vortexes.  Blasting sub-zero winds.  White-outs so thick you couldn't see past the end of your hood.  And here in the country, the roads (and my driveway) would drift over every few hours.  It literally could not be plowed/snowblowed/shoveled fast enough.

With the van I had last year, every night, driving home from work was combat.  A daily, white-knuckle, death-defying winter gauntlet.  This one night I got bogged down in a road-covering drift, got stuck, and had to dig myself out with the shovel I carried everywhere I went.  I tried to barrel through the drift harder - got stuck again.  After I dug myself out for the second time, I backed up and tried a different route, only to get stuck in another drift, behind a 4-wheel-drive truck.  While I was digging myself out again, another 4-wheel-drive truck got stuck behind me.  And then a third truck tried to come down the road from the opposite direction, and got stuck on the far side of the drift.  (Lots of people drive trucks out here in the country - the smart ones anyway).  From approximately midnight to 2am, I became part of a small group of winter refugees, banded together to ensure our mutual survival.  We dug, we pushed, we froze in the bitter arctic wind, we dug and pushed more.  Eventually some people who lived on the road came out and tried to help, but ultimately, none of us made it out that night.  The best we could do was get our vehicles into these neighbor's driveways, and then impose on their hospitality for the night.  So yeah.  I ended up sleeping on a stranger's couch.  Guy was cool though.  Gave me dry socks and a couple beers, so I went to sleep 5% less frustrated.

So.  This summer, when circumstances forced me to unexpectedly purchase another vehicle (one of my teenagers smashed one of our cars; to protect HIS anonymity, I won't say HIS name), I bought the hell out of a big red truck with a big red plow. 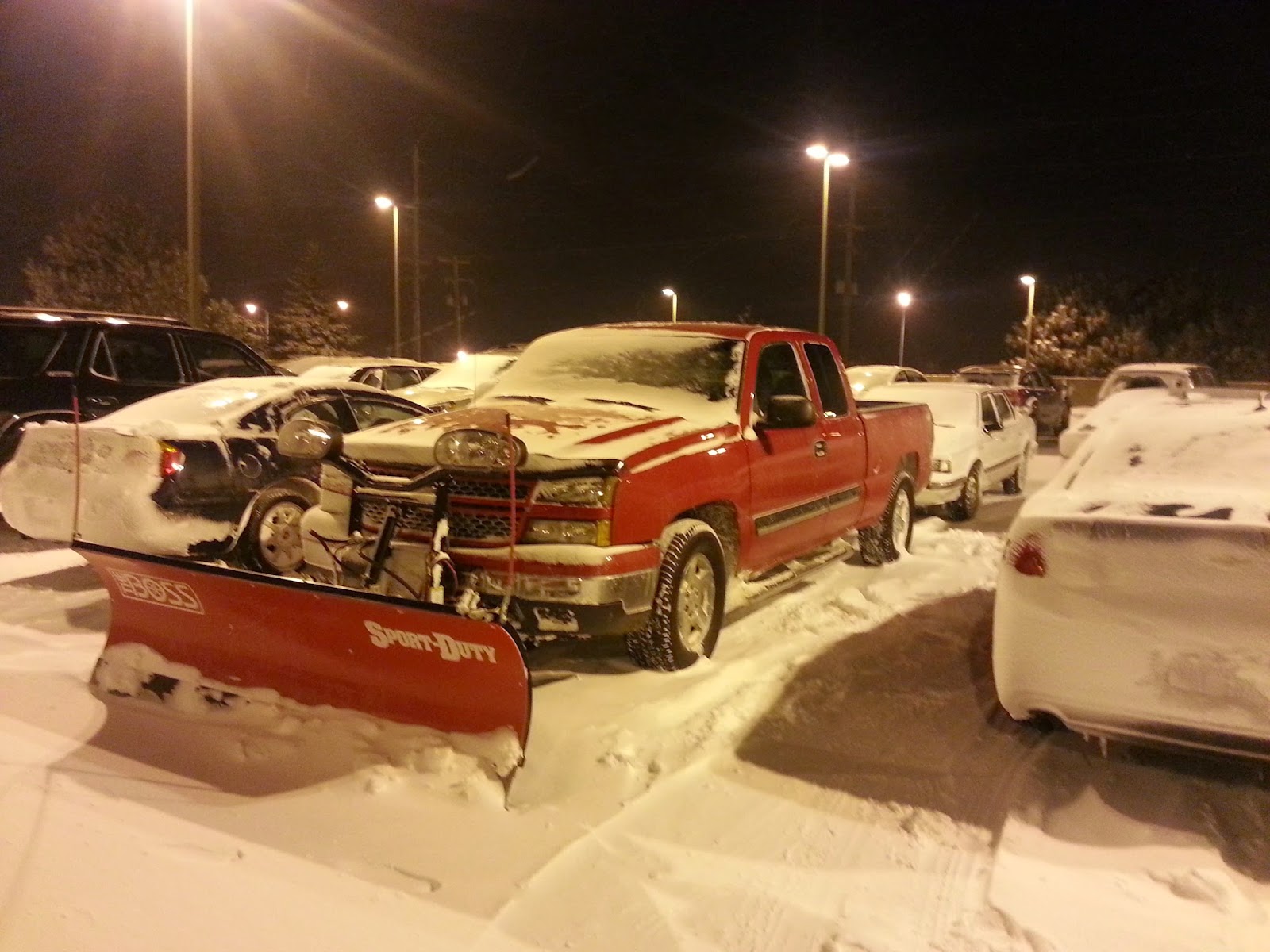 Winter 2015 wasn't nearly as bad, thankfully.  There were maybe ten bad storms, and plenty of snow and polar temperatures, but it wasn't so sould-crushingly relentless as last year.  But hands down, the absolute best thing about Winter 2015 - I got to do this...


SEVEN SECONDS OF AWESOMENESS
(and hopefully the last swipe of the season)
﻿
﻿
Posted by Ray Veen at 10:49 PM

I missed you that night